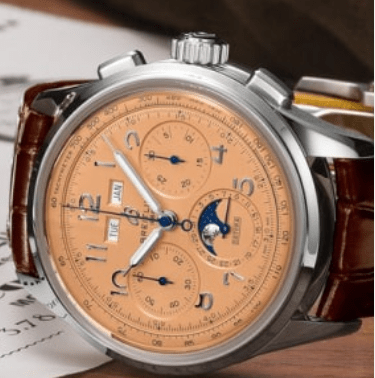 Facts About Breitling: 10 Interesting Things You Must Know!

Breitling is one of the most prominent names when it comes to aviation watches. It is best known for its remarkable winged ‘B’ logo and best-selling models like the Navitimer and Chronomat. Are you interested in investing in a Breitling watch and want to learn more about the brand’s heritage? Here are 10 interesting things you might want to know:

Léon Breitling founded the company when he was just 24 years old. After less than a decade of launching the brand, he moved to a new headquarters and factory. This expansion allowed him to employ more than 60 people.

When you buy Breitling watches for men & women in Toronto, you’ll notice many chronographs in the selection. The company made its first chronograph in 1915 and has since been specializing in these precision timepieces. They invented the self-winding chronograph movement in 1969.

3. Breitling did not put its name on the dials until 40 years after its founding.

That’s because most Swiss watch brands were not concerned about building a brand back then. They simply wanted to make great timepieces. In fact, Breitling didn’t stamp most of its movements in the 1940s and early 1950s.

4. Breitling made the Vitesse stopwatch in 1930.

The patented Vitesse stopwatch was so accurate that police relied on it to clock speeding motorists.

5. The Emergency wristwatch was released in 1995.

Breitling’s Emergency wristwatch has a micro-transmitter that lets wearers send distress signals so they can be located and rescued. It has saved many lives countless times, making it a practical choice for adventurers.

The Navitimer is one of the most iconic Breitling watches you can buy today. The chronograph watch was released in 1952 and it can handle calculations for flying an airplane. Because of this, it became popular with pilots and associated Breitling with aviation.

The Royal Air Force bought chronographs from Breitling in 1939. This significantly contributed to the watchmaker’s reputation as a company that makes aviation watches.

8. The SuperQuartz movement was launched in 2001.

The SuperQuartz technology is 10 times more accurate than conventional quartz movements. It’s the only electronic movement that meets COSC requirements.

9. Breitling’s chronograph was first in space.

Omega may be known for its ‘moon watch,’ but Breitling created the first chronograph that went to space outside the earth’s atmosphere. Astronaut Malcolm Scott Carpenter wore the Cosmonaute in 1962 during a mission on the Aurora 7 space capsule. Breitling added the 24-hour dial for distinguishing between night and day.

10. Breitling originally designed the Chronomat for scientists and mathematicians.

The brand’s Chronomat watches were originally tools for mathematicians and scientists. They are equipped with two scales that synchronize with each other to enable different mathematical calculations.