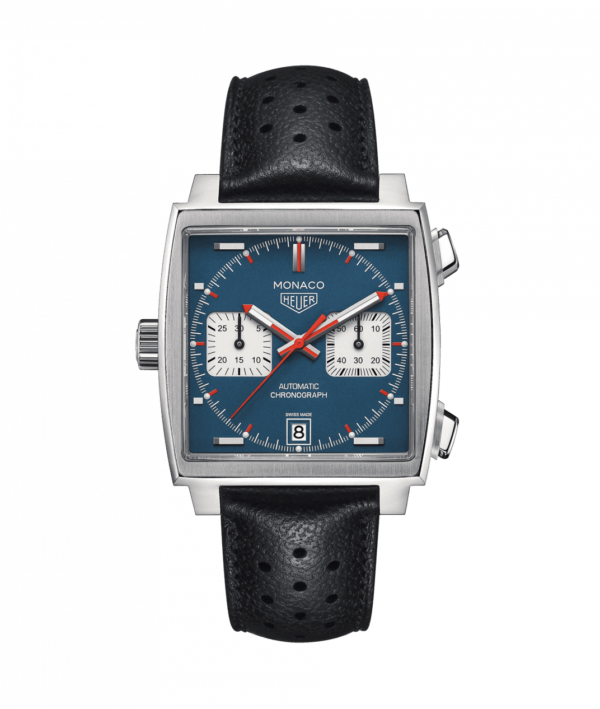 Sapphire Crystal and case back

The Monaco’s provocative look represented a complete break with conventional watch design. Equally radical was its perfect water-resistance — a world first for a square case. More revolutionary still is its heart, the Chronomatic Calibre 11, the first automatic chronograph movement with microrotor.

Often copied, never equaled, the Monaco stands out for design features like the big case cut at right angles and beveled crystal of virtually unscratchable sapphire. Innovations and re-interpretations over the next half century – special editions, in-house movements – were even more revolutionary.

Some editions of the Monaco honor its radical positioning of the crown to 9 o’clock – to show that winding is no longer required. Retro-chic versions also celebrate the metallic blue dial, red second hand and the play of squares: two chronograph sub-dials inside a square case.